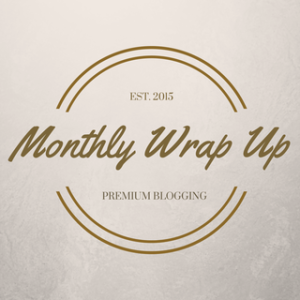 I realised I don’t really do a ‘wrap up’ of what I’ve read each month, so I decided to give it go – mainly because I’m curious to see how many books I read each month. I have read seven books this month, which is bloody amazing for me! I’m one of those people who switches between reading books so much that I never finish more than I couple of books per month, but I’ve tried not to do that this month, and it worked!

Anyway, if you wish to see my review for any of them just click on the title of the book and that’ll take you right to the review.

The first book I read was The Bone Season by Samantha Shannon, which I gave rating of 4 out of 5. This was a very good and interesting read about a girl named Paige who is a clairvoyant in a strange, dystopian London where clairvoyance is not allowed. It’s sort of like The Hunger Games, but with clairvoyance.

The second book I read in April was Girl in the Dark: A Memoir by Anna Lyndsey, which I also rated 4 out of 5. This tells the story of a woman who randomly became to sensitive to light that she had to live her entire life in the pitch black. I especially liked how it showed how normal she was, and how it’s possible to continue living even while suffering from such a bad illness.

The third book I read in April was The Museum of Extraordinary Things by Alice Hoffman which I rated 3.5 out of 5. This told the tale of Coralie, a shy but curious web-fingered girl who grew up in a very circus-like environment, and Eddie, a young immigrant photographer who was just trying to make his own way through life and leave his Orthodox family behind him. I had some issues with this, but overall it was a good read.

Fourthly (that doesn’t sound like a word) I read The Emancipation of a Buried Man by Eddy Gilmore, which got a 5 out of 5 rating from me. This is a memoir that focuses on Eddy’s life growing up with a hoarder mother, and the spiritual journey he took as an young adult to break out of his shell and become the man he is today. I definitely recommend this to everyone.

The fifth book I read was Every Day by David Levithan which I rated 4 out of 5. This is about A who wakes up everyday in a different body and has done all of it’s life. This is very interesting as it covers the topics of gender, sexuality, physical appearance, mental illness, and a load of others I probably missed out.

The final two books I read in April were a two book series (duology?) the first of the two being The Assassin’s Curse by Cassandra Rose Clarke, which I gave a 4 out of 5. The sequel, The Pirate’s Wish, I gave a rating of 2 out of 5. These books follow Ananna, a young pirate who escapes an arrange marriage, but then the clan send an assassin after her. After accidentally setting off a curse on the assassin they must join together to somehow break it. The first book was quite good and very enjoyable, but the sequel was so ridiculous that I gave it one of the lowest ratings I have ever given.

Overall it’s been a pretty good book month for me. What’s been your favourite book you’ve read in April?

4 thoughts on “April Wrap Up”