For today’s Writing 101 assignment we were given four images and from those images we had to choose one as our muse. I chose the window attic picture. I have a real urge to make this a very gory short story, but I feel like for me personally that’s an obvious route to go down. So instead I’m going to see if the other idea I have for a short story works. This will all be free written with no revisions so sorry for it not being that good. I should also classify that I have a slight fear of attics as I always find them eerie and sad, and this is definitely reflected in the story. 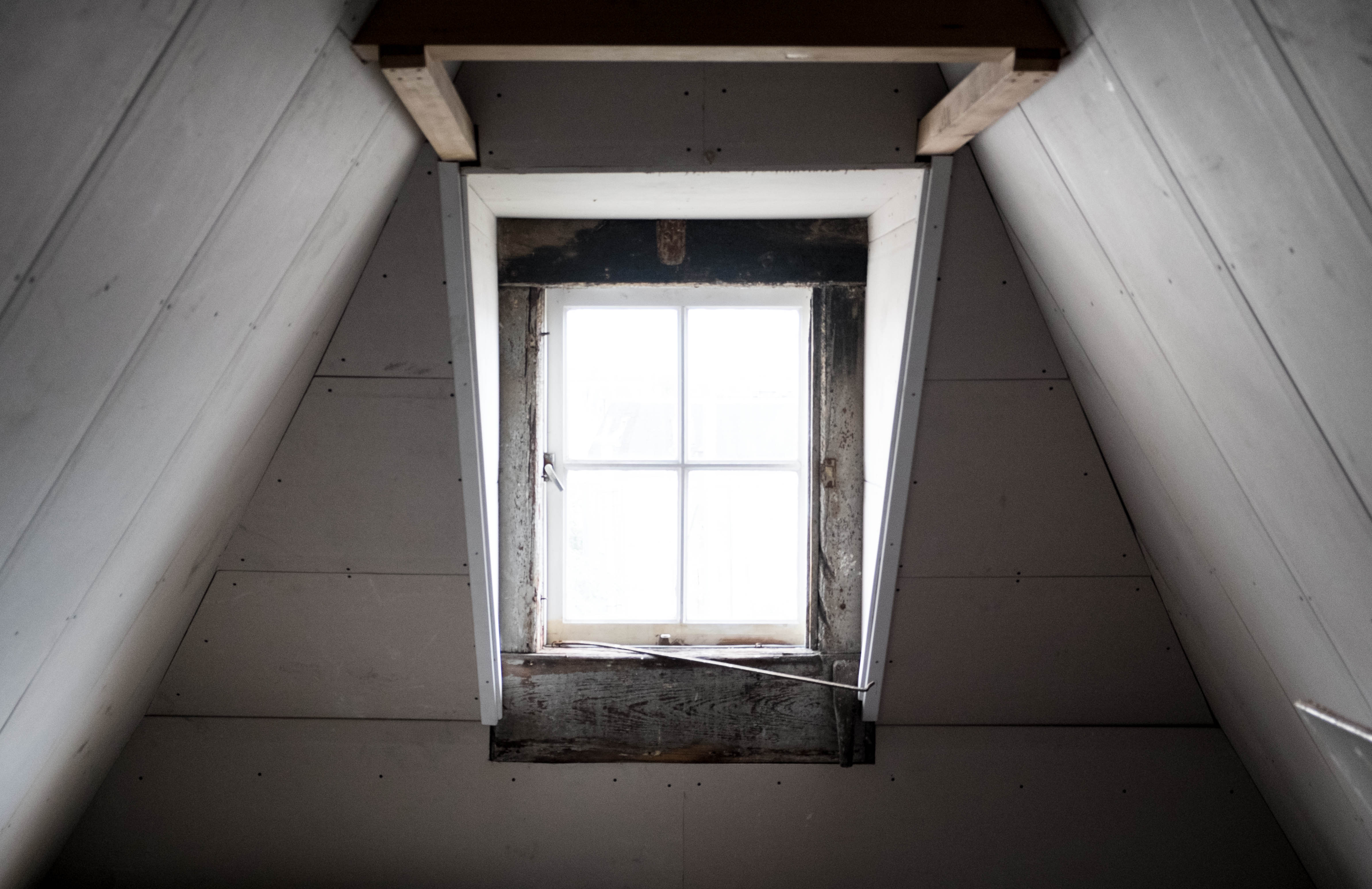 Her little legs were crushed against her chest, trembling arms wrapped around them. Her watery brown eyes stared blankly out of the window, the tears running down her cheeks matching the rain drops racing down the window pane. Her lips were tight, as if holding back a whimper. If she made any noise they would know she’s up here. She wasn’t supposed to be up here; her daddy said it was dangerous. She just needed to escape it.

The throng of somber, black clad people served as a reminder to her of what had happened. She didn’t want to remember. She wanted to close her eyes and pretend it didn’t happen. But it did. Why did it?

She felt the familiar panic rise as it always did when she thought about what happened. She tried to think happy thoughts like her mummy always told her too, but it was her mummy that was making her sad. If she was here it would all be fine. Daddy wouldn’t cry in his room. Her big brother, Danny, wouldn’t be making her beans on toast for dinner everyday. She would have someone to help her dress her Barbies. It would all be good.

The sobs and whimpers were getting harder to hold back. No amount of happy thoughts would stop the onslaught of tears and sadness that were washing over her like ten foot tidal waves. A squeak escaped her mouth. And then another. Soon she was loudly sobbing, just wanting her mummy to hug her and stroke her head like she always did.

She just kept crying, with no end in sight. It was only when she heard the floorboards creak behind her that she realised she was not alone. For some reasoning that was comforting.

Again, sorry for it being so meh. This was one of those stories where the idea developed as I wrote, so there was no real planning, which I feel like is obvious.

I would love some feedback.