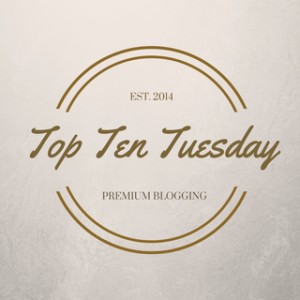 Top Ten Tuesday is hosted by The Broke and the Bookish once a week, and this week’s list is hyped books I have never read. I feel like this will be another Top ‘Ten’ Tuesday because not many books spring to mind. Also I’m not adding the synopsis for these like usual because I think you’ll probably know what each book is about (and I’m writing this at one in the morning and I’m tired). Let’s just see how it goes.

Number one: The Vampire Academy series by Richelle Mead

I went through a vampire phase when Twilight was big, and yet I somehow didn’t get around to reading the Vampire Academy books. I read Vampire Diaries and House of Night – both of which aren’t the best – but I’ve heard pretty good things about the Vampire Academy series.

I actually read the first couple of pages of this, but it just didn’t appeal to me at all.

Number three: The Chronicles of Narnia by C. S. Lewis

I absolutely adored the movies, but I feel like I’m betraying my bookishness(?) when I say I haven’t read the books. I really want to though, but I just never get around to it.

Number four: Anna and the French Kiss by Stephanie Perkins

I have seen this everywhere. BookTubers and bloggers alike love it, and I just haven’t read it. I think it’s because I tend not to read romance much because I find it sort of dull. I think I’ll just stick to my fantasy and science fiction books thanks.

Number five: The Perks of Being a Wallflower by Stephen Chbosky

I swear I am the only person who hasn’t read this! I do own a copy, but I just never got around to reading it. I will read it one day.

This is another book I swear everyone has read, except for me. I shall read it one day!

Number seven: Me and Earl and the Dying Girl by Jesse Andrews

This is one of those books that seems brilliant and people like it a lot, and yet I just haven’t read it yet.

Number eight: Aristotle and Dante Discover the Secrets of the Universe by Benjamin Alire Saenz

Of course I had to add this, as everyone has read it. Except for me, obviously.

I have seen this everywhere and people love it, and I love the sound of it so I’ll probably read it too someday.

This is probably the most recent book out of my ten, but the hype for it was huge! It was all over Twitter and YouTube and blogs, it was amazing the splash this made and I really need to read this.

I got ten books! Yay!

Leave you link for you Top Ten Tuesday in the comments so I can check it out, but if it takes me a while to check it out I am so so sorry. I still haven’t caught up with all the comments from my Friday 56 post because I’ve been so tired.