Books are a large part of my life, but these ones are ones are dear to me. These aren’t in any particular order as they have all affected me in different ways. I will be mentioning book series too, instead of naming books within them, because I can’t choose my favourite book out of said series.

Number one: Midnight by Jacqueline Wilson

Jacqueline Wilson is one of the most influential authors in my life as she started me on the path to loving books, but this one stuck with me in particular. It was a toss up between Cookie and this one, but then I remembered how long I have had this book in my life and I realised that I can barely remember a time when this book wasn’t in my life. 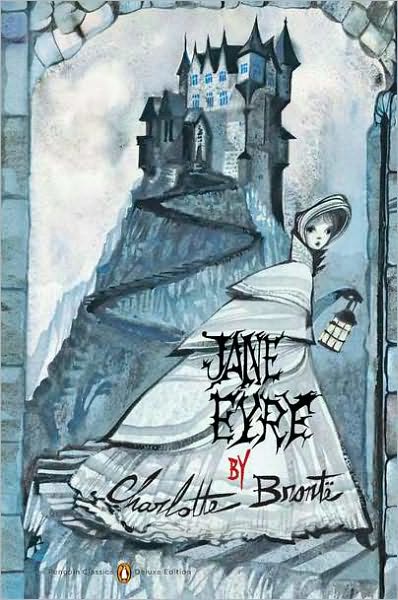 I have mentioned Jane Eyre time and time again, but that’s because it is such a brilliant book. It was the first classic I had ever read, and to this day remains to be my favourite due to the love I have for the character that is Jane Eyre.

Now, when I look back on this book I cringe slightly, yet this book, and the entire series, helped me a lot. I discovered it around about the time my anxiety first arose when I was eleven, and I clung to it during the bad times, re-reading it so many times that I had to tape the cover back on and I could recite the preface without need for the book to be in front of me. It also opened up an entirely new genre of books I hadn’t been willing to consider before.

Number four: The Hitchhiker’s Guide to the Galaxy by Douglas Adams

This is so very influential to me as it is something my dad made sure I loved. It taught me that language can be used in so many other ways, and by a simple manipulation of words the most simple sentences could make you laugh. It also gave me my lucky number, 42, and my love for wit.

Number five: The Fault in Our Stars by John Green

This book got me out of my several year book reading slump. At this time I was stuck just reading fanfiction, but then my friend nagged me to read this book and I did, just so I could see the film (I believe I should read the book before you see the film). And this not only got me back into reading books, but it started a new love of non-fantasy or sci-fi YA books. There is also another reason this is so influential to me, and this is the utterly cynical and blunt way it was written. It still had flowery words and was obviously filled with metaphors  – it is a John Green book after all – but the language didn’t seem to romanticise everything in the same way most other books do. This writing style is something I try to add to my own writing as I love it so much.

Before this play I hated Shakespeare. I thought his works were overrated, but then I had to read this for school and I found it funny. Usually I don’t understand Shakespeare due to the utterly strange language it’s written in, but after my teacher pretty much explained every single word I loved it. It was funny and interesting and I didn’t mind so much that I had to write a two thousand word essay on it.

This was another book I read for school, but I instantly loved it and could not put it down. It might be the first ever book where I thought the main character, whose point of view it was written in, was a complete prat. I really did not like him at all in the beginning. But towards the end, as he grew up to be more mature, I started to like him because I knew him so well. I liked him the same way you like a pet you have who is so annoying and grouchy, but after a while you grow accustomed to them and don’t mind them anymore, and would even miss them when they’re gone. That’s how I felt about the main character in this book and this was an entirely new experience for me. That and it was so beautifully written that I couldn’t not love it, even though it broke my heart several times.

This is one of the first books I remember reading in school, and it was honestly a great book. It has always stuck with me and I think that’s because it seems so realistic that the fact that there was an angel in it didn’t seem out of place at all. It also helped me bond with a friend I made that year and now he is like a brother to me.

I started this series a lot later than everyone else (after the last book was released) mainly due to the fact that when the first movie came out on DVD my dad got it, and I got scared by the troll and refused to ever watch the movies or read the books. But then, when I started reading the books much later on, I couldn’t stop. J. K. created an entire new world for me which is so intricate and brilliant that it is something that inspires me greatly. I can only dream of creating such a brilliant world that so many people relate to and wish it really did exist. It also gave me my house, Ravenclaw. I know, this must seem strange to mention when explaining why these books are so influential, but it is important to me. Not only is the Ravenclaw house something I feel I fit in with, but it is also something I aspire to be. This must seem strange but all the characteristics – e.g. wise, hard workers, think differently – are all traits I dream of having, and somehow this helps me believe that these are all possible to attain.

Number ten: The World of Peter Rabbit by Beatrix Potter

When I was younger my grandy would play the videos of the World of Peter Rabbit, and I fell in love with the characters and the artwork and the stories. They were just so beautifully crafted that I loved them and continue to love them to this day.